Dear friends and listeners,
Following the release of Future Terrain last month, it is the time of the album in which I have worked over the last year and the first months of 2015. I continued my work in the pursuit of purely atmospheric expression, in an attempt to convey this vital experience that pushes us forward in one direction within the labyrinth of life, the way that I call The Flowing Path. Splendid Labyrinths is a deep reflection on our journey through life, change, growth, discovery, movement and transformation at every step along the way.
Original cover image rendering, design and layout by Michael Rodríguez Pletz www.michaelpletz.com.

All the best,
Max Corbacho

Review by Jennifer Becker – Caerdroiandream:
It’s been nearly two and a half years since Max Corbacho released his last album, The Ocean Inside, which was an epic two and a half hour journey through monumental soundscapes and gorgeous atmospheres, the entire album an ambient masterpiece, concluding with the hauntingly beautiful Deeper Into the Ocean, a song I wished would never end. All of that time spent in anticipation of his new release was well worth the wait. It seemed to me that The Ocean Inside started a story that his latest work Splendid Labyrinths effortlessly picks up and continues, and as I’ve been absorbing this new soundworld, I’ve come to feel that it’s easily one of his best works, as well as the perfect follow up to the previous album.

As the music gradually drifts in on The Flowing Path, I have the distinct impression of wandering into another one of Max’s dreamscapes, and he wastes no time expertly weaving together all of the aural threads that immerse and guide me through this liquid labyrinth painted in sound. There’s a more pronounced dimension of harmonious complexity in his music reminiscent of an orchestral composition, an element that surfaces in some of his earlier releases, but on this album it flows more into the foreground and complements his own unique sound fantastically. Three minutes into the first track the event horizon is crossed via the most sublime musical transition, and I pick up the thread of mystery and follow it through converging, interweaving, and deviating currents of lightness and tension, melancholy and beauty, sometimes lost, sometimes found, yet always moving forward and deeper into the rich depths of Max’s soundworlds. The opening theme is a powerful one, and it accurately sets the tone for all that follows as it meanders through both expanded and confined spaces. And much like his last release, each track and the album as a whole bear a remarkable resemblance to breathing, the long, slow inhalations and exhalations established by the organic modulations of tone and volume.

Moving Towards the Center, the sense of negotiating a way through spaces less organized creeps in as chaotic elements and higher frequencies make an appearance and energize the motion. There’s a pulsing synth pad off in the distance akin to a lighthouse or beacon that wanders in as the energy picks up and continues all the way through to the descent towards the more remote and confined regions of Into the Earth Womb. The light dims here in the stillness, and the environment reverberates with a low frequency intensity that is strangely familiar for reasons that always seem to be just over the horizon. One of the strengths of Max’s compositions lies in his ability to balance tension and release, to give the dark and the light equal appeal, creating natural scapes where chaos and harmony are always at play. The more sinister sounds that he generates have a seduction about them, they aren’t jarring, nor do they leave me waiting for something more uplifting to drift in. His darkness has an allure to it that fascinates, in part I think because he doesn’t dwell in it, it feels to me like more of an exploratory excavation that will invariably lead into ethereal places. Places like Wonderheart.. an absolute gem of a track with a flowing orchestral air about it, and the most uplifting beautiful melody held fast by the gravity of the bass tones, all blending together into an impressive richness in sound, yet again demonstrating the balance inherent in his music.

One thing that struck me in particular about this album was how well suited the track titles are for each composition, as I listened through the album and sank into the mood created by it, I’d randomly take a look at the track titles and immediately recognize a correspondence. The closing theme drifts into a luminescent space that digs right into the heart with lovely synth lines which intersect and diverge within the movement of something massive and awe-inspiring. As the track trails off into the distance, I can feel that even though this has part of the voyage has ended, there’s still more space to be traversed and that the ultimate journey is far from over. Without question this is a brilliant album. This isn’t background ambient music, it is an art form that will compete for the full attention of the listener, and if you can tune yourself out, and sync up with what Max is sharing, the results are highly rewarding. His work has always carried with it a most effective means of loosing the temporal bonds on the spirit, and the long form track Future Terrain, which he released just prior to the Splendid Labyrinths album, works really well for this purpose.

Once again this gifted composer has given to us another masterfully crafted ambient journey, and as usual leaves me looking forward to more work from him.
www.caerdroiandream.com

Review by Morpheus Music:
STYLE
Vast beatless zones and undulating velvet expanses: Splendid Labyrinths is an album of ambient immensity and immeasurable time. Max Corbacho’s latest release features heaving multi-layered drones that seem to drift in and out of focus and intensity like slow-motion sunlight filtering through gracefully moving storm clouds. These opulent sonic textures are of impressive fathomless density, they seem to stretch away into infinity and endless darkness whilst at the same time presenting more imminent audio formations that waft and furl like intangible filaments of smoke or warm currents in water. The ordering of the tracks is interesting: two long-form recordings on either side of the relatively brief Earth Womb and Wave of Reflection, this seems to reflect the cover image where a tight core is surrounded by larger structures. Much of the tonal nature of the music is uplifting, warm chords and heavenly synth voices suggestive of light and gentle ascendance holding the most proximate regions.

ARTWORK The front cover of Splendid Labyrinths features a vivid yellow-orange, mandala-like multi-disc bloom comprised of overlapping labyrinth discs. This is very much an image of many depths: the complexity of the layers revealing forms and patterns that arise and fall away according to one’s focus. On one level, a simple flower design of twelve regular petals; on another level a three-dimensional bubble of infinite depths encircling a bewildering black hole.

OVERALL
Inspired by the landscape and sky of his origins in southwest of Spain, ambient master Max Corbacho composes music that references “the essence of the great and ineffable mystery of our existence.” Splendid Labyrinths perhaps manages this with greater effect than ever. Released on the heels of Future Terrain, a track that “emerged in parallel …during the long building sessions for Splendid Labyrinths”, this latest album holds six recordings, four of which all hover somewhere around the fifteen-minute mark. Two shorter pieces lie in the central hub closer to six and eight minutes each Promotional material talks of “an atemporal quality” explored in recent releases following “maybe only the breathing and the pulse of the artist,” very apt here. Visit the Max Corbacho website or Max Corbacho Bandcamp page for more information and opportunities to listen to the tracks of Splendid Labyrinths as well as previous releases.
www.electronicmusicmall.com 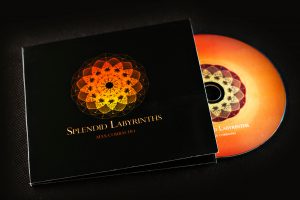 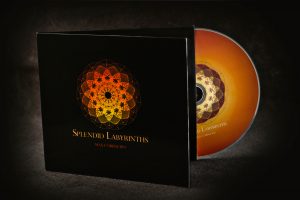