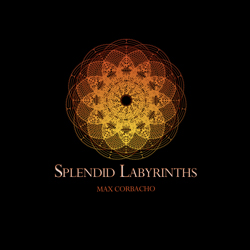 Since the release of his debut album Vestiges in 1998, Max Corbacho has worked towards progressively refining an electronic music style that’s been described as ‘Ambient Atmospheric – Space Music.’ That he has close ties to Bruno Sanfilippo, with whom he established the ad21 label and collaborated on two albums (2003’s Indalo, 2012’s Bioma), also says much about the calibre of artist Corbacho is. But in contrast to Sanfilippo’s piano-centric recordings, Corbacho’s concentrate on deeply immersive electronic soundscapes of ultra-vaporous and ethereal design.

The experience of growing up in the southwest of Spain and witnessing the immensity of the land and sky around him left an indelible mark on Corbacho, and the epic expanses within his music perhaps can be traced back to those early experiences. The majestic stillness of a summer night, the gentle touch of its breezes, and the entrancing hum of insect life also register as significant reference points for his musical productions.

Splendid Labyrinths presents both an ideal and summative portrait of Corbacho’s work, its harmonious settings capturing the composer at his most oceanic. While synthesizers dominate, the rang of timbres is rich, and the sound design is also enhanced by percussive treatments. Though six titled tracks are indexed, the recording unfolds without pause as a seventy-four-minute setting of ever-shifting moods.

Representative of the album’s tone, “The Flowing Path” envelops the listener with slow, overlapping swirls of synthetic mists; with conventional notions of tempo suspended, the music is allowed to breathe naturally and in doing so parallels the inner workings of the human body. As bright, crystalline tones shimmer overtop of a dark, low-pitched undercurrent, the music conjures a variety of moods, from becalmed and uplifting to ominous and portentous. Abstract and instrumental it might be, but Splendid Labyrinths isn’t bereft of emotion; a strong suggestion of sorrow is evidenced throughout the sixteen minutes of “Wonderheart,” for example. Consistent with the genre within which Corbacho operates, melody is downplayed during these meditative pieces, with the producer more intent on cultivating hypnotic atmosphere than creating a radio-friendly hook.